Whether you’re waiting to find out the sex of your child or not, buying gender-neutral baby clothes is be a great idea. Often, when parents have their first baby, they get very enthusiastic and purchase every conceivable blue or pink outfit, depending on the sex of the child, but then, when it comes time to have another brother or sister, if the child is the opposite sex, all of the clothes they purchased are useless.

Unisex baby clothes are becoming increasingly common, because not only are they are great way to save money if you have children of the opposite sex, but parents can become tired of the same pink and blue traditional styles. Unisex clothes are often modern, updated and a little different than traditional baby clothes.

Unisex baby clothes don’t have to be brown, tan or yellow. In fact, there are a number of designers are focusing on creating gender neutral clothes that are extremely stylish, fun and innovative. They’re also a wise investment because typically these clothing items have a higher resale value. This may seem surprising, but resale stores are overloaded with the traditional clothes that are designed to be for a boy or a girl, but because gender neutral clothes are more rare, they’re more willing to buy them, and at higher costs.

Here are a few trendy, gender-neutral items for babies and toddlers:

Leggings don’t just have to be for a little girl. Choose gender-neutral colors, or even jeggings and pair them with other items to make them more gender-specific. Leggings are a must-have for moms with little ones, but they shouldn’t be limited to one sex. Leggings are also inexpensive, and you can often buy several pairs for under $20.

Overalls are perfect for either gender and they’re a great wardrobe basic for babies and toddlers. Choose denim overalls and pair them with a ruffled blouse for a girl, or a graphic t-shirt for a boy. Overalls are also great because they’re easy to find, durable and easy to care for.

Cardigans are great for boys and girls. If you’re dressing a baby or toddler boy in a cardigan, pair it with a neutral t-shirt, and a great pair of jeans, whereas a little girl can wear a cardigan with nearly anything, including a dress or skirt. Cardigans are also great because they can be worn year round in some climates.

They also have lots of gender-neutral color options, like light blues, yellows and grass. heir designs feature fun and funky patterns and they offer some great color options that go beyond traditional gender neutral options. Don’t be afraid to experiment with color. Just because it isn’t a traditional “boy” or “girl” color doesn’t mean it won’t look great on your little one. Think outside of the box, and pair unexpected colors with more traditional clothing items. Even colors that aren’t pink or blue seems to have been factioned off into the girl and boy camps. Red has gone Team Girl with a plethora of berries, cherries and flirty-eyelashed lady bugs. Orange is Boys Town and is coupled with blue stripes and appliqued trucks. Brown and turquoise swing both ways but they get paired with colors like pink or images of sporting equipment to make it clear who they’re going home with tonight.

Above all, when shopping for gender-neutral clothes, whether it’s for your children, or for a friend or family member, think outside the box. You no longer have to limit yourself to yellow rompers covered in ducks. The options are immense and you can have just as much fun choosing gender-neutral clothing as you would buying the traditional gender-specific items.

The world of children’s fashion is increasingly embracing gender neutral clothing, and the reasons why are numerous. For some parents, it’s because they simply enjoy the look of simple, classic gender-neutral items, as opposed to over-the-top strictly boy or strictly girl clothing items. For other parents, they find that little girl’s clothing isn’t functional or practical. For other parents, it’s just a matter of saving money, because clothes can be shared among siblings, regardless of their gender. Then, there are those parents that just don’t feel the need to comfort to societal standards regarding gender.

Gender neutral clothing consists of lots of basics like overalls, jeans and corduroys that can be worn by both girls and boys. Choose lots of basic items, like overalls, skinny leg jeans and leggings. These are some the easiest gender-neutral items and can be worn in lots of different combinations. Look out for neutral color options too.  Some brand also offer reversible dual-sided pieces of clothing that allow multiple uses and the ability to share amongst siblings. If you’re going to go the gender-neutral route, you may want to opt for more high-quality and well-constructed items because you can pass them down through siblings so you want them to last long enough and withstand the test of time.

What Should I Wear During Labor?

What To Look For When Buying a Maternity Bra 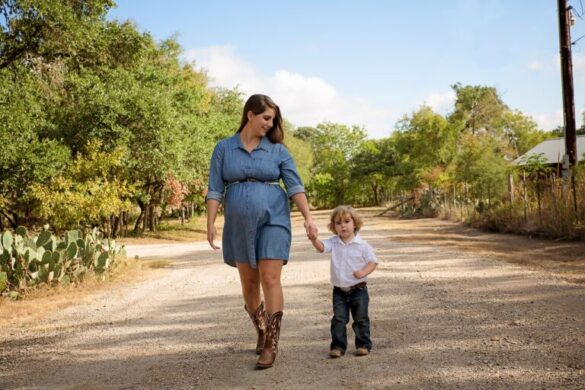 Why Do Baby Clothes Have Pockets?

How To Identify Clothes With Flame Retardant Chemicals

Pros and Cons of a Baby Clothing Swap

How to Host a Baby Clothes Swap

This site uses Akismet to reduce spam. Learn how your comment data is processed.

@2021 - All Right Reserved. Designed and Developed by PenciDesign